Today I recorded the first trip in France. In this one I drive mainly in central France to Montpellier ! It was about 50mins of footage so I split it in half. This is the first part, I just rendered the second half, should be up soon as well.

It was a bit of an ordeal to split it, the original 8Gb file proved a bit too much for most editors to handle (strangely enough). I just added my commentary track and rendered the video in Nero 2016. Then loaded that one in Nero 2016 and cut off the 1st part, and added the in and out fades etc. This time it worked perfectly. The GTX 1070 is so fast in rendering, it helps a lot :).

And all of a sudden, the France expansion pack was released ;). I somehow missed it to be honest, so I am about a week late catching on. But this afternoon, I took a spin up to Le Havre from Rotterdam, and it looked nice so far. Picked up some cheese or milk at a small local dairy farm :). 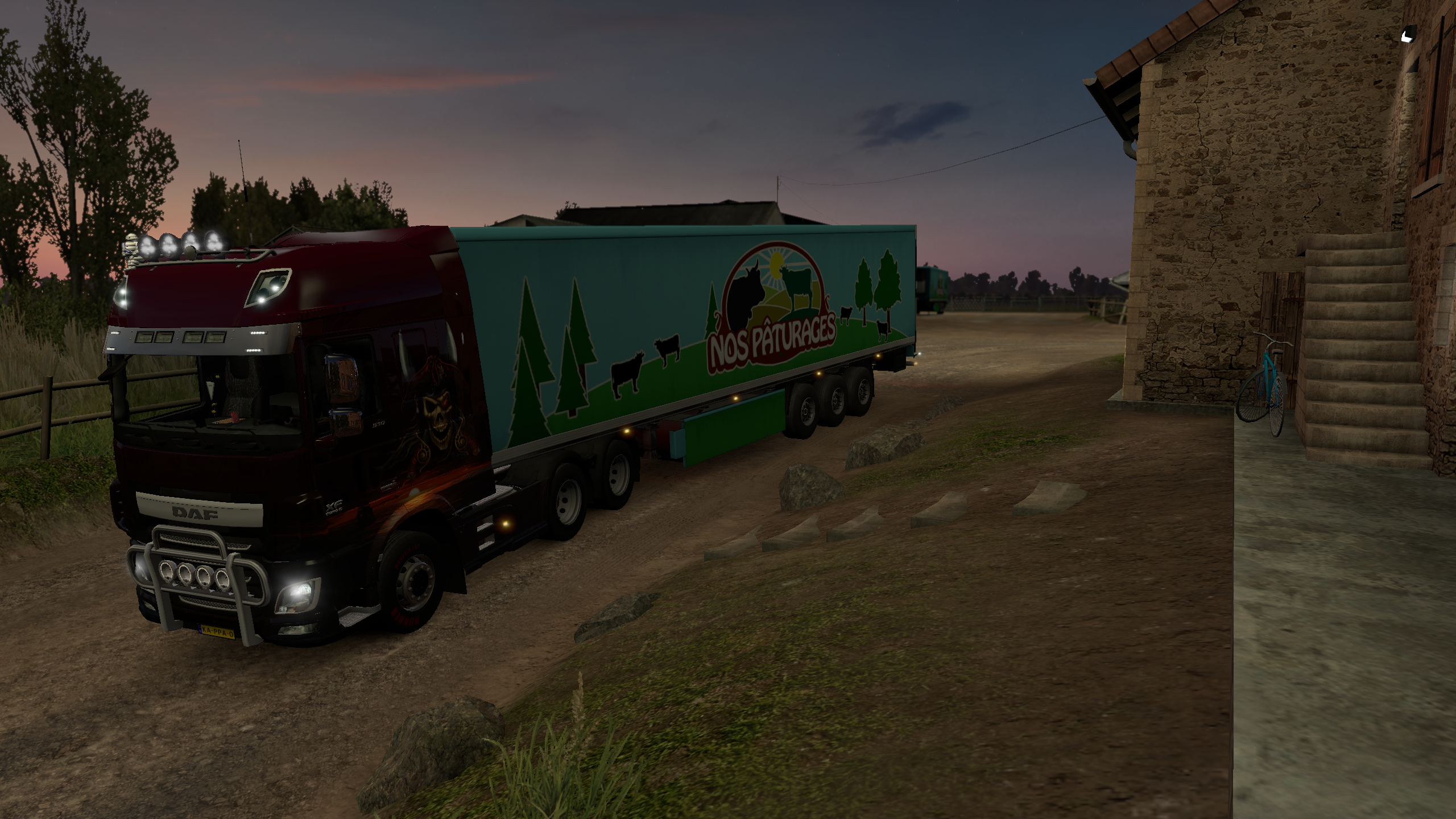 I’ll try to record some of France soon !